RUSH: President Trump yesterday, a press briefing in the White House pressroom -- and he lit it up again.

Before I tell you how, let's go back. Grab audio sound bite number 14. This is from 2016, debate night in Las Vegas. Donald Trump and Hillary Rodham Clinton, the third and final presidential debate, and during a segment in which Trump claimed that the election was rigged against him, Chris Wallace, moderating the debate, said, "Mr. Trump, do you make the same commitment that you will absolutely accept the result of the election?" 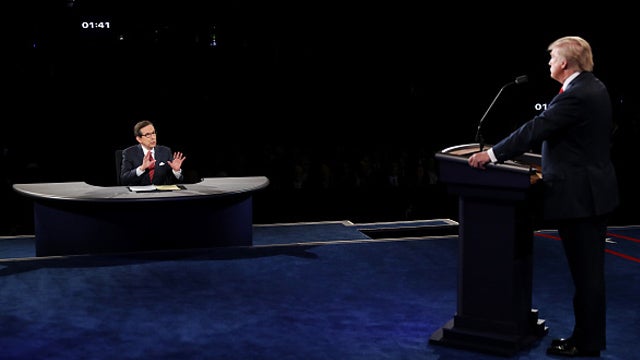 THE PRESIDENT: I will look at it at the time. What I've seen -- what I've seen -- is so bad. First of all, the media is so dishonest and so corrupt and the pile-on is so amazing. The New York Times actually wrote an article about it, but they don't even care. It's so dishonest. And they've poisoned the minds of the voters. But unfortunately for them, I think the voters are seeing through it. I think they're gonna see through it. We'll find out on November 8th, but I think they're going to see through it.

WALLACE: But -- but -- but, sir, are you saying you're not prepared now to commit to that principle?

THE PRESIDENT: What I'm saying is that I'll tell you at the time. I'll keep you in suspense.

Now look at what happened. Who is it that didn't accept the results of the election? It's Hillary and the Democrats. They still haven't. You know it. Trump lit 'em up, and he was only being sensible, 'cause here's what Trump knew. If he had said, "Of course I'll accept the results," you know what the headlines that night and the next day would have been. "Trump Concedes Election!"

The media would have taken that as an opportunity to run stories: "Trump expects to lose! Trump acknowledges long-shot win chances! Trump this, Trump that! Trump acknowledges that he will concede the final vote," blah, blah. That's what they wanted. That's why the question was asked and Trump knew it, and he wasn't gonna give 'em that.

He said, "How can I tell you that? I don't know what the circumstances are gonna be." It was a right-on-the-money answer. Well, the same thing happened yesterday in the White House. Playboy, Playboy magazine senior White House correspondent. Man, was this guy rude. This guy was snarky. His name is Brian Karem, and he said: 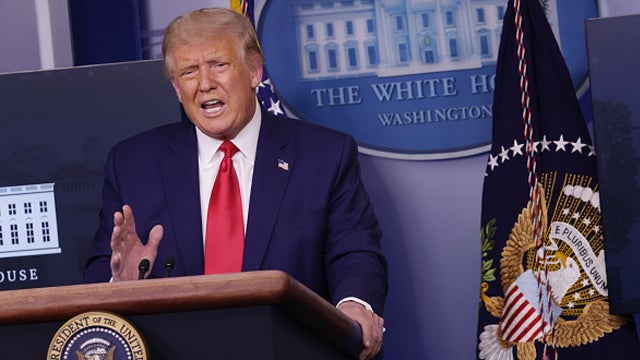 "Expects to lose and says, 'No sweat,' he'll leave when the time comes." They wanted that story. They wanted that headline. Trump knows what he's up against, and he knows who he is up against here, and he's not gonna give them what they want. He's already made it clear that he doesn't expect to lose. I mean, this question is absolutely insulting.

"I don't expect to lose," and he actually said that in his own words. He said, "There isn't gonna be a transfer of power. There's gonna be a continuation of power." So they're all atwitter now. They're all beside them so they can't believe it. 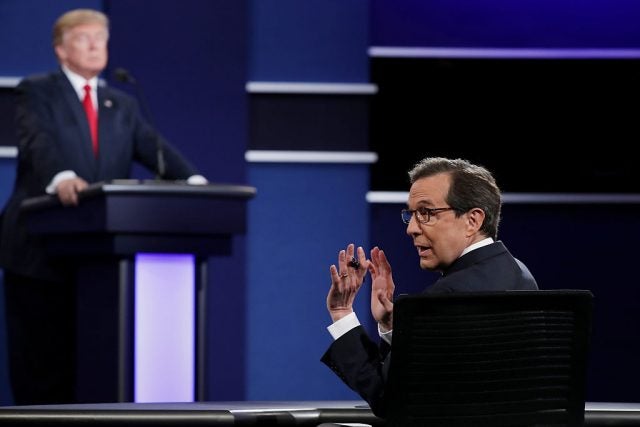 I wonder if Chris Wallace is ticked off? I wonder if they had that question ready to go and the Playboy reporter decides to ask the question yesterday? Trump said, like he always says, "We'll have to wait to see what happens. You know that. "I've been complaining about the ballots, the mail-in ballots. They're a disaster." That's what he said in 2016.

He went on to suggest if it weren't for mail-in ballots and voter fraud, there wouldn't be any transition 'cause he's gonna win, easily. Grab sound bite number 13. While video of Democrat riots in Louisville fills the screen, David Axelrod, Obama's guy, says that Trump's comments "give license to his voters to take to the streets with guns."

AXELROD: He is going to do better on election night than he ultimately will, because 62% of his voters say they're gonna vote on Election Day. Their votes will be counted on Election Day. Uh, but, uh the write-in votes, many of them will be counted after Election Day, and he will claim when those votes come in that he had won and the votes were, uhh, taken from him. I think he's setting up that scenario, and it's very dangerous because he is sending a signal to people that they can take to the streets with guns if they don't like the outcome of this election. It is really a horrifying thing. 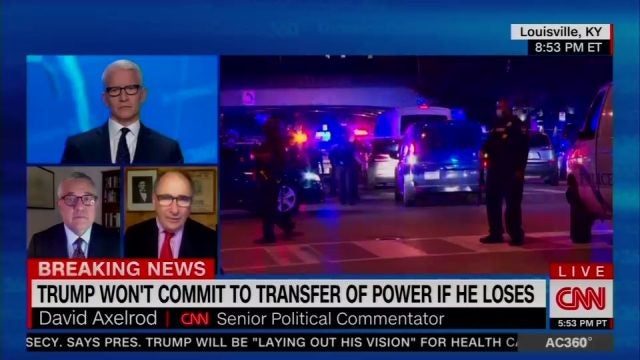 He was on CNN last night with Anderson Cooper saying this. The question he got was, "What do you expect to happen now after election night? Do you see any way to avoid some sort of conflict?" So Axelrod says, "He's sending a secret signal to his voters to take the streets with guns, and it's abso..." That is beyond-the-pale irresponsible.