They create chaos and havoc because of the out-and-out lies that they tell, like "hands up, don't shoot" in Ferguson, lying about Michael Brown to the point people were questioning the grand jury, two of them. And then after a while they move on, heading on down the road to the next story that they're gonna do the exact same thing to, practice journalistic malpractice. They leave murder and mayhem, chaos, and confusion in their wake. Same thing with the Trayvon Martin case. Same thing Michael Brown case in Ferguson. The Freddie Gray case in Baltimore. Everything pushed by the media about the Breonna Taylor case was based on lies.

"Everything the media and lawyer Ben Crump claimed about the death of Breonna Taylor and the circumstances around her death was based on lies. The officials in Kentucky allowed a mountain of lies to grow until the evidence was finally presented to a grand jury and the Kentucky Attorney General was forced to admit the truth. According to evidence revealed at a press conference by AG Daniel Cameron, the police executed a search warrant by knocking on the door. Breonna Taylor and her boyfriend Kenneth Walker refused to answer the door after the police identified themselves. The police broke down the door. Kenneth Walker was armed and shot first at police. The police returned fire and that's how Breonna Taylor was shot and killed.

"No police officers were charged with the death of Breonna Taylor because they were responding to being fired upon. It appears Mr. Walker used his girlfriend as a shield. One officer, Brett Hankison," whose name you've now heard over and over again, "who did not shoot any person, was charged with 'wonton endangerment' for haphazardly firing 10 shots that entered the adjacent apartment unit.

"Breonna Taylor's killing set off months of protests in Louisville and other cities and drew national attention. Celebrities and civil-rights activists demanding justice and urged Kentucky AG Cameron to bring charges against the officers involved. Last week, the city of Louisville said it would pay $12 million to Ms. Taylor's estate as part of a legal settlement with her family. The agreement also required the city to implement policy changes, including a mandate for police commanders to approve all search warrants. Today the shooting was ruled justified as the police were responding to being fired upon by Ms. Taylor's boyfriend Kenneth Walker. 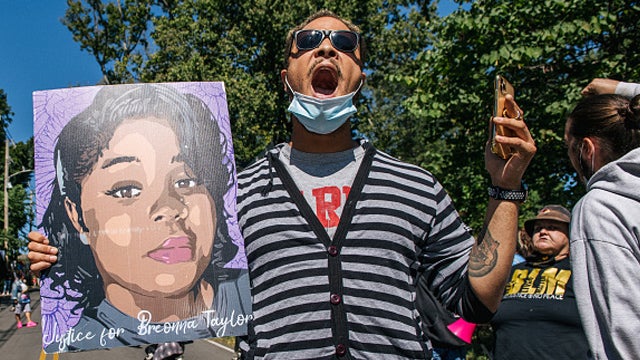 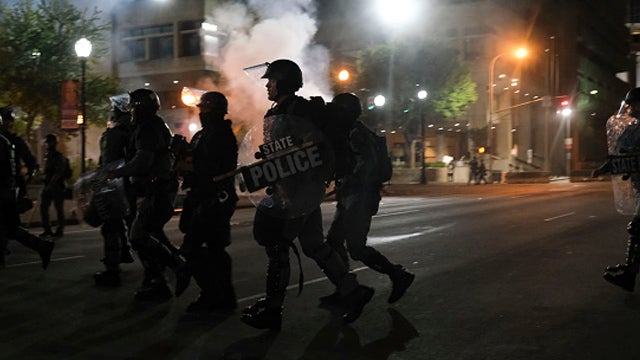