LANSING, Mich. (WOOD) — On Saturday, Michigan State Police escorted the body of a trooper who died Friday night, weeks after being involved in a serious crash.

The police procession for Trooper Caleb Starr started in Grand Rapids, and traveled eastbound on I-96 to a funeral home in Lansing.

Several emergency vehicles were parked on overpasses above I-96 to honor the fallen trooper.

MSP said Trooper Starr is from the Lansing area, and he joined MSP in September 2018. He is survived by his wife, Rachael, a civilian member of the state police and their two young daughters. 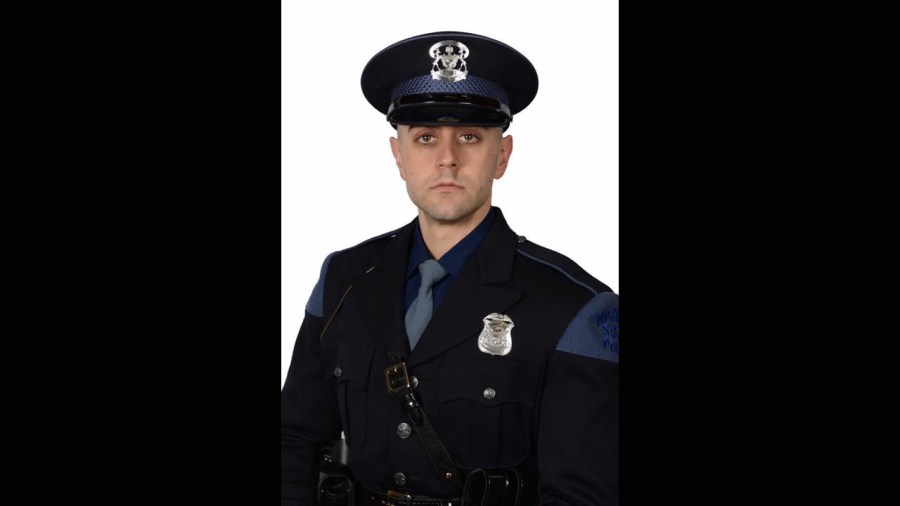 A courtesy photo of Caleb Starr.

Trooper Starr was airlifted to Spectrum Heath Butterworth Hospital in critical condition. He was being treated there until he died, according to MSP.