GRAND RAPIDS, Mich. (WOOD) The founders of Speciation Artisan Ales’ new Grand Rapids taproom.often wondered if Lake Michigan were a beer, what would it taste like? The answer now lies inside.

Set back from the roadway,at 928 Wealthy St. SE near Diamond Avenue, Speciation Cellars is tucked behind another row of businesses, giving it an “air of mystique” like the brewery’s first site in Comstock Park.

The first chance for the public to step inside that hidden gem Friday afternoon during its grand opening. 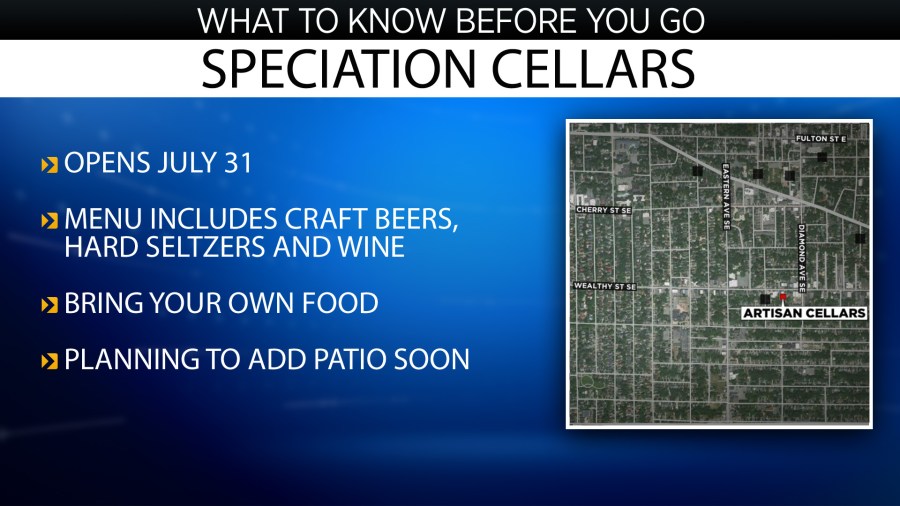 FLAVORED BY THE GREAT LAKES